Olympian Erica Wiebe with Sackville Team and Coaches after 2018 Nationals. Erica is wearing her 2018 Commonwealth Games GOLD medal! Sackville wrestlers are wearing the gold and silver medals won at nationals!

Erica Wiebe is the reigning Olympic champion in women's 75 kg freestyle, winning gold at the 2016 Summer Olympics. She was the third Canadian champion ever in wrestling at the Olympics, and second Canadian woman to win gold after Carol Huynh. Wiebe is also the current Commonwealth Games champion in the same weight class, having won the gold medal at the 2014 and 2018 Commonwealth Games in Glasgow and the Gold Coast, respectively. 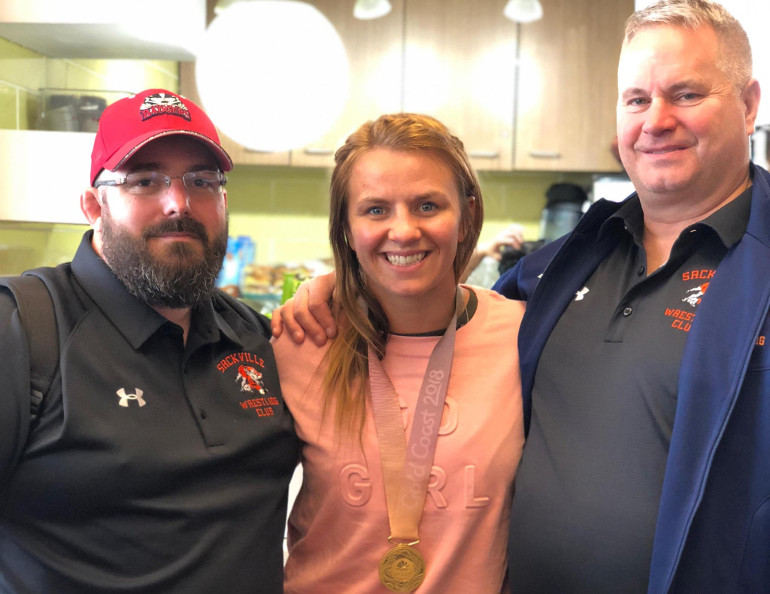 Thank you for everything Mike. Visualization was the key to my success today. And that all started with you. I woke up today having wrestled that match a million times.
- Erica Wiebe